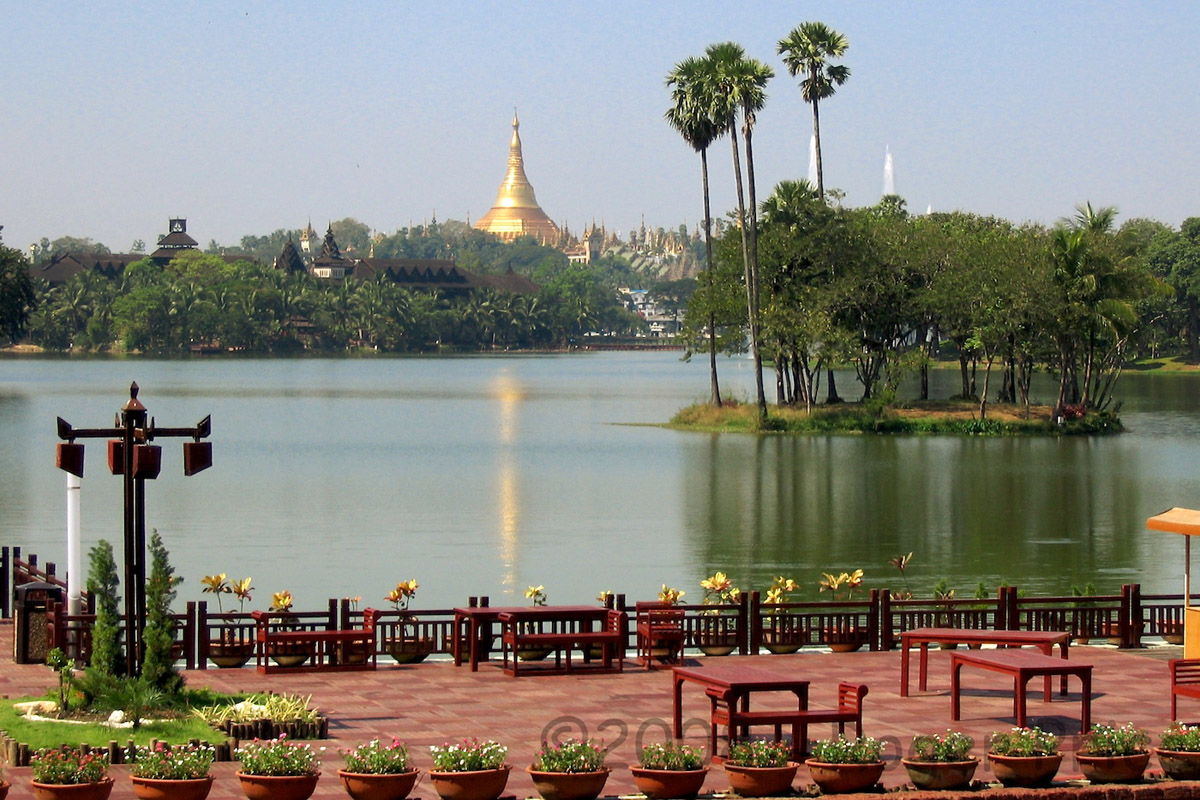 The twenty-first century has split us all, and as the world moves to a higher level of consumerism, comfort and convenience, we often forget, that there are pockets of backwardness, or places not equally blessed with the latest technology and communication facilities. The prospect of living in such places poses new challenges everyday, and the decision to move, bag and baggage to Yangon, Myanmar, brought with it, a fair share of excitement and apprehension.

My first trip to Yangon taught me the crucial lesson of not taking anything for granted, and what has become the norm elsewhere, might be a novelty in Yangon and the rest of Myanmar. Having come with a clean slate, with no pre-conceived notions or expectations, the idea was to absorb rather than abhor.

My first taxi ride was an unforgettable experience. Within a day of arriving here, I had accepted the run down condition of cabs, even though I hadn’t seen vehicles of that pedigree in Bangkok or Kolkata, the two places that had been home for the last ten years. The vintage car was white and brown, the latter due to the rusted corners and edges. A piece of metal tore through my shirt as I brushed past to reach the door, but this was merely the first of surprises. As the door opened I found the inner soft covering on the metal frame of the door was gone, and I was just staring at 4-5 holes as I sat down. The rug beneath my feet slipped and as the cab moved, I got a shock to see the road whizzing behind, right under my feet! The journey ended with relief and amazement at the pride with which the driver drove his prized car.

Being accustomed to instant connectivity and being available to friends and family 24×7, the next shock was not being able to get a SIM card. The temporary twenty dollar cards were out of circulation, so I had to either pay $250 for a SIM or do without. Internet came at a steep rate in the hotel and it was only Traders’ Hotel (now called Shangri La) whose lobby offered wi-fi access. I just had to learn to do without Viber, Whatsapp, WeChat, Skype and other apps.

Clean, unfolded, and blemish-free dollar notes were the only acceptable form of currency we could use. It was a pleasant surprise to see US dollars accepted in every shop and restaurant, and they happily quote rates in dollars as well as Myanmar Kyats, the latter seemingly difficult to carry, with an exchange rate of around 980 kyats to a dollar. I was handed wads of cash in a plastic bag! I had to remove all my debit and credit cards anyway since there were no ATM machines. This was something that was going to take a long time to accept if I was to come and live here. How much money would I carry, in how big a bag? And with its poor purchasing power, what would I do if I ran short of cash?

The traditional  Myanmar attire is called the Lungyi, worn both by men and women, though the style of tying it is different. Not really an alien outfit, since it is seen in India, Bangladesh and other places as well. Its just that I hardly saw any locals in any other dress, even children. Men interestingly tucked their shirts in the lungyi which was knotted at the waist, while the women, look really elegant in their short tops over what appeared to be a long wrap-around skirt. I noticed the pride with which they have stuck to their traditional dress unlike so many other countries where western clothes have taken over, pushing ethnic clothes into oblivion or left for festive occasions. I also realized what this attire did for society-it had transformed Myanmar into a classless society-all the men wore similar checked blue, mar0on and brown lungyis with similar white or striped shirts. There was no way a driver could be differentiated from the owner, unless the elite chose to be dressed in formal silk lungyis kept for formal occasions.

The last shock that took time to digest came at nightfall when we drove in dark, extremely dimly lit streets, which often blacked out each time there was a power cut. The stillness apart, the lack of light made the place appear more depressing with an eerie feeling creeping in. Except for Pyay Road, it was difficult to find any road bright enough to feel safe on. But our fears were unfounded, Yangon is one of the safest cities in the world.

"This is Burma, and it will be quite unlike any land you know about" - Rudyard Kipling, Letters from the East